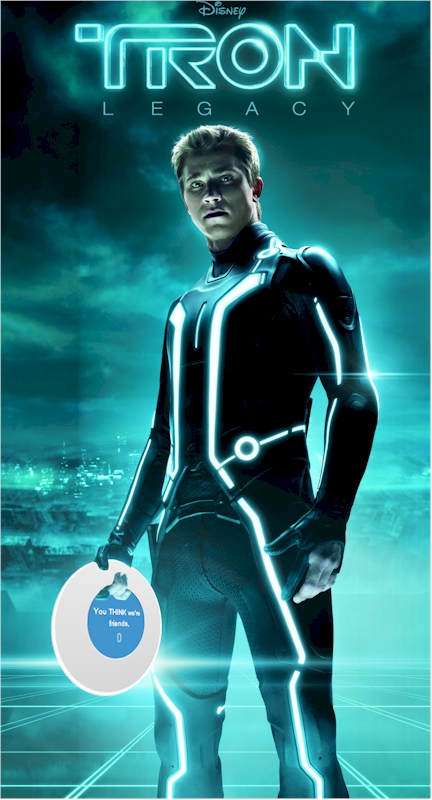 I  realised earlier today that the Google+ Circles logo reminded me of the frisbee from TRON and, as I had a few spare moments, decided that one of the movie posters needed a new look, a fresh rebrand, to hit the consciousness of all the cool kids who are embarking on Google+ at the moment.

All rights to the original image, the IP, the frisbee and anything else that they want to claim remain with Disney. 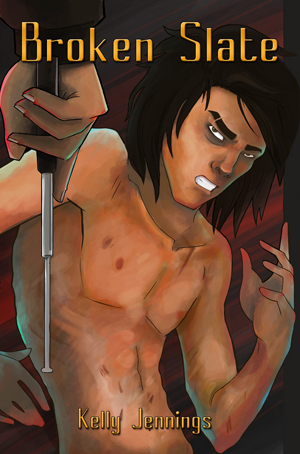 Taken from his family’s merchant ship at the age of fourteen, Martin Eduardo endured years in the brutal contract labor system on the planet Julian. Now a contract rebellion brews.

The precarious – and emotionally costly – safety Martin had found with his seventh contract holder is put at risk by another holder, Jeno Lord Harper, who seeks to use Martin for his own aims. Years in the system have demonstrated what happens to contracts who fight back; Martin knows resistance will prove dangerous.

Kelly Jennings lives in Northwest Arkansas, where she is a member of the Boston Mountain Writers Group.

She has had work appear in Crossed Genres, as well as in Louisiana Literature, The Future Fire, and Strange Horizons, among other venues.

You can find out more at her personal blog, delagar, or the science fiction and fantasy group blog FanSci, which she runs with the help of Marilou Goodwin and Barbara Ann Wright.

“This deft dissection of a mind under siege from an oppressive social system is tense and compelling. I couldn’t put it down till I hit the last page.” – Cat Rambo, Endeavor Award-nominated author of Eyes Like Sky and Coal and Moonlight.

“BROKEN SLATE is unexpectedly engrossing, with enough strength of character at its core to drag one along its richly carved path of violence, sex, submission, and rebellion. Martin is a compelling character, whose palpable determination not to be crushed by systemic cruelty and harsh circumstance leaves one looking forward to more of his story.” – Camille Alexa, Endeavor Award-nominated author of Push of the Sky.

“One of Jennings’s strengths is the nuanced way she weaves her characters, not entirely noble but not entire villainous either. They are complex people who have both conscious and unconscious biases, which is important for a novel like Broken Slate.” – Author Charles Tan

I thought that I would show off a work in progress image for the cover of a forth coming collection of short stories, entitled ‘Stranger than Fiction’.

The design is aimed at the ebook market, predominantly Kindle, so the two-tone aspect was a very deliberate choice; that said I do think that it works very nicely as a ‘colour’ cover too.

I am really happy with how it is looking and, hopefully, this will grace the cover of the collection sometime in August.

‘Rainbow’
A young man tempts fate to prove that his is more than his father’s son.

‘The Good Boy’
What befalls you when you don’t listen to your parent’s warnings?

‘Both’
A couple’s life falls apart in one hundred and forty characters.

‘To Delight in Mahler’
A look into the depths of human emotion at play.

‘The Way Not To Wish’
A tale of the relationship between a young boy and his father as they deal with an overwhelming loss.

You can purchase ‘Short but Sweet’ at the following locations: